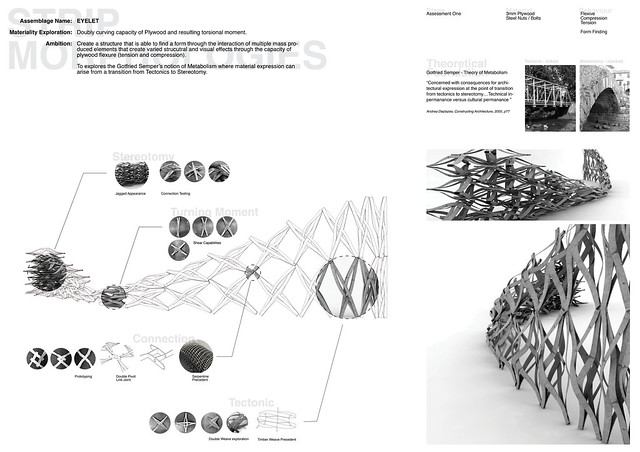 The Strip Morphology prototype proposed a construction system utilising the bending capacity of the timber. The prototype aimed to test a number of different ways to achieve a transition for lightweight tectonic, to solid streotomic expression. 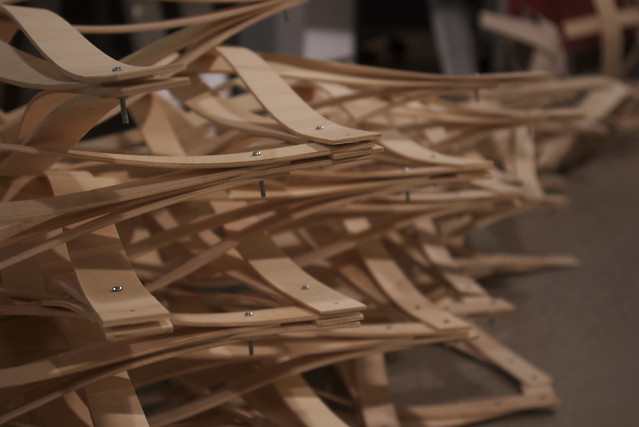 The idea of the transition resulted from an interpretation of Gotfried Semper’s theory of Matabolism from the late 1800s catagorising materials by methods of physical manipulation and by techniques of material assembly - Textiles (weaving), Ceramics (sculpting), Tectonics (connections), Stereotomy (packing).

The material prototype offered an initial exploration of material performance before moving into the computational space for modelling. An issue for the simulated prototype related to plywood’s capacity to comply with, whilst resisting bending movement, a complex material behaviour to encode into a digital model. The ambition to programme strip behaviours, whilst providing them the ability to detect other forms of geometry, and act accordingly ultimately proved too complex within the scope of the project. 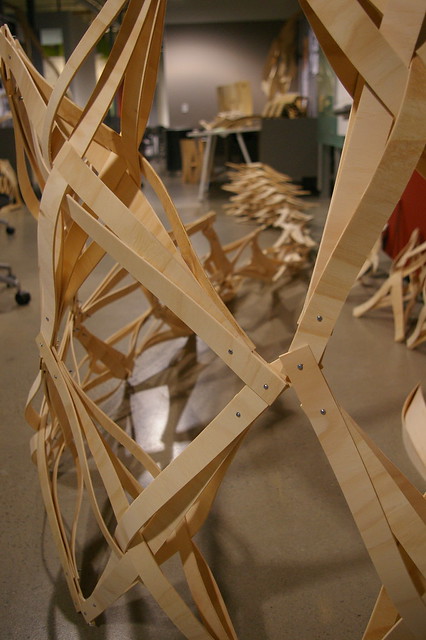 A critical part of the project, the transition from tectonic to stereotomy occurred through a separation, rotation and overlapping of a repeatable but ajustable unit to allow stacking. In order to allow overlap the connections parametrically varied, but the rotation and separation occurred as a negotiation between the two end states. 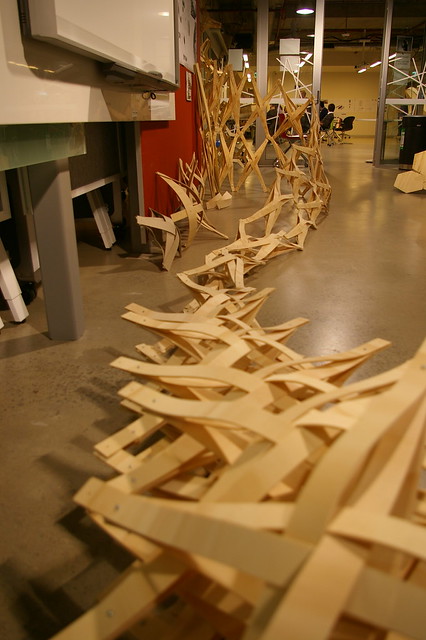 The prototype tested the idea of identically sized plywood strips woven into cross units all interacting and finding a form through adjustment. The physical model demonstrated a method of moving from a surface arrangement of contected and woven strips to a thickened stacked combination creating contrasting visual effects and geometry.